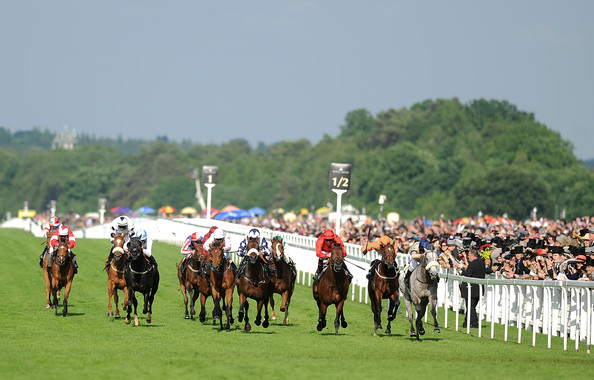 Fleeting Prince was a major disappointment on his first start since being gelded and didn't look like a horse who was being prepped for the Wokingham before having to miss that engagement, running more so like a Class 6 performer. Not really sure why he was so flat and maybe he needs more time to refind his form.

Tabdeed ran a big race to come home best of the Shadwell trio but had to settle for fourth place overall. He could have done with more of a pace collapse in order to thrive but will probably improve for his first run in a while. There's no doubting his talent if he can stay sound and hopefully we'll see him more often.

Raatea was somewhat unfortunate not to go close to winning the 7f handicap and that was despite being super keen off a slow pace. He got hampered when running on and didn't look to be finished trying until inconvenienced. It's likely he would have come up just short but it would've been nice to find out.

Stone Circle didn't come in for much support but I thought he moved fine and ran a grand race without being at the level I hoped for. There's a chance he'll come back to proper form at some point in the not too distant future and he's becoming well handicaps, so is worth a second glance whenever the price is big.

Variance is kicking me in the arse at the moment but it'll swing back soon. Haven't had any bets in the past week - just bought a house (to increase my current losses!!) so will be ropey for the next couple of weeks with moving etc. Will be aiming to have more punting days again in the not too distant future.

It's hard to get a definite handle on how good Hurricane Ivor can perform at present as he bombed out on his debut for the Haggas yard at York. However, that was six weeks ago so he could be going better at home now and a less testing surface will help his cause. He wasn't best drawn there, getting stuck out on the wing, and this time he's up against the fence in a lower grade. The market will guide us further but on some of his French form he looks better than this lot if he's in the form needed to show his true worth.

Keep Busy is a tough mare with tonnes of ability and can hopefully land her first Group race today. She won a second Listed event at Ayr last time out, not needing to be anywhere near her best to see off a mediocre field, but before that was beaten less than a few lengths into fifth place in the King's Stand at Royal Ascot and that signalled she was in top form again. I think Sandown will suit her better than some of her main market rivals and with any rain being no problem, she should be bang in the mix late on.

Trais Flours has been on my radar for a while, although I didn't even look at the Sandown meeting when he won over C&D a few weeks ago... a great source of frustration given the price he was! Hopefully he can repeat the trick this time around and on his runs in France, an ease in the ground is fine. I still think there's mileage in his mark of 97 and he ran better than the bare effort suggests off 3lb higher in the Hunt Cup when denied a proper run at things. Oisin Murphy taking over is another positive.

There's a good chance Alounak will be 25/1+ generally in the morning and that could underestimate his chance of landing this from a mark of 102. He has spent most of his career in pattern classed events, winning a couple of Listed races and a Group 3 when trained in Germany, and was second in the Hardwicke at a massive price last season. He hasn't got near that level since but showed more in a Royal Ascot handicap last time and has been eased a further 2lbs. He needs to come on again but could do so.