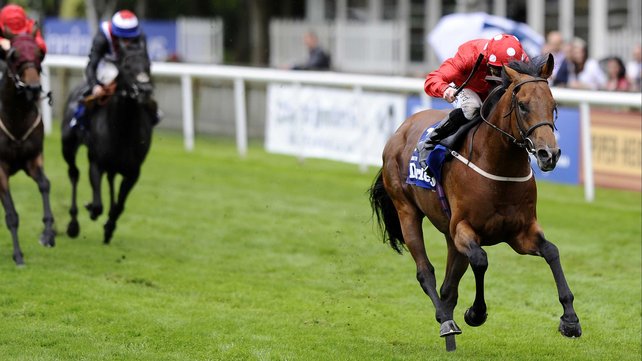 A fantastic Saturday courtesy of 25/1 (35p R4!) and 11/1 winners. Hurricane Ivor was the shorter of the two and whilst officially a dead heat, most firms paid out on both and rightly so with regard to the Haggas horse as he won the race, despite whatever nonsense they churn out about "faulty equipment" distorting the mirror image. Comical scenes from the powers that be and not a good look for racing full stop.

Alounak finally came good and showed why he was on my keep-backing-them-until-they-stop-running-like-drains list. He tanked along through the race, was perfectly positioned by De Sousa with those up top seeming to go too quick, and when asked to pick up he went clear. It was an easy win and he's capable of doing better in higher grades, but has a proud oul' head and could do anything next time.

Of the two losers, Keep Busy didn't get a fair shot at things as she got trapped on the rail and couldn't get out. How she would have done with a clear run is anyone's guess but she had missed the break as well and couldn't show her true level. Keep an eye on her, however. Trais Fluors was a fair way back in the big handicap at Sandown but moved nicely for some time and is better than the form suggests.

It's safe to say that getting Marvel to plonk his head in-front has been a tough task, no less than eight runner-up finishes from 14 starts. However, he doesn't lack the ability needed to land a handicap in the not too distant future and I thought there were some positives to take from his two runs back on turf this season. A short break since the most recent of those could liven him up and getting onto a flatter track over an extended 5f trip has the potential to help him as well. Josh Quinn knows his quirks at this point and with some good luck in the run, this is the type of contest they should be seriously competitive in.

The Organiser has already been spotted by one or two shrewd judges and whilst I'm frequently not so shrewd, I find this fellow interesting as well. Royal Ascot didn't work out but circumstance hindered him, with the chance to get early cover disappearing and his subsequent keenness took him into the lead. That wasn't where he needed to be based on the attributes I think he possesses and hopefully this time he'll get to slot in behind a few others. A first-time tongue-tie going on is pretty random but could be a source of improvement and this track should suit better than Ascot. I'd back him at any double-figured price, so 12's+ is solid.

I am adamant that Popmaster has plenty in hand off 88, the only problem is whether he'll be able to show it in such a competitive heat at what is still a relatively early stage in his career. It took until his sixth race for him to fail to finish in the places but that was at Royal Ascot when dropped to 5f on heavy ground and such a demanding surface is not what he's after. I still feel there's scope for him to do well at that trip but at least this test, in which they should go a flat-out gallop from the off, will be to his liking. There's pace near his high stall and hopefully he'll prove capable of hitting the heights I'm expecting. There's more to come.