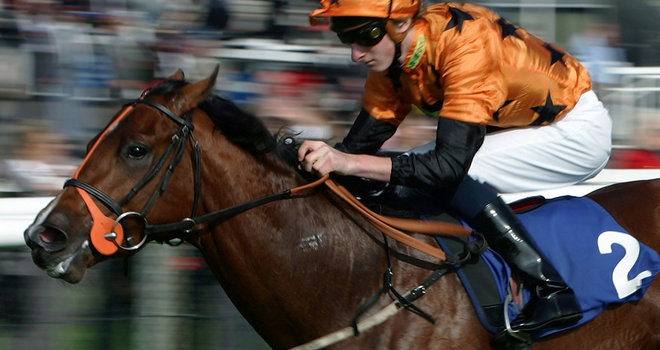 With a bit of luck, Thursday could have been a good day! The Organiser in particular was unlucky not to go close, travelling better than anything else but stuck behind horses and when he did get a clear run, the race had developed away from him. As expected, taking a lead was showing him in a different light and he has got the potential to rate quite highly once everything aligns the way he needs it to. It didn't here.

Popmaster was one of my most confident bets of the season so far and, frustratingly, he came up a neck and a short-head shy of justifying the selection. No major complaints, he ran a storming race and if you kept rerunning it, he'd be winning his fair share. This time, he got going too late and probably needed the first and second to go a stride quicker in the early stages. He wasn't stopping but neither were they!

It's not often you'll be on a 1/5 shot in-running who fails to finish in the first five but Marvel managed exactly that! He seemed to be coming through to win the race against the nearside rail but when the taps were fully turned on, the reserves ran empty and he couldn't see things out. I know he's a long standing maiden at this point but he's on a mark that he has to defy in the not too distant future. It'll happen at some stage.

Four bets for now. Will look at York further in the morning. Shall tweet if there are any more bets!

I was trying to decipher who might be the best bet from the six runners available at single-figured prices and here I am... backing the 33/1 outsider Too Friendly! He's an interesting contender on his Doncaster form earlier this year, where he comfortably beat Dhushan (rated 92 now) and looked set for a big season. Since then, things haven't gone to plan but he wasn't disgraced in an Epsom Listed race and was a definite non-stayer over 1m 4f at Royal Ascot (moved well). Improvement is required to mix it with these, no doubt, but there's untapped potential and I'm pretty sure he's capable of better than a mark of 88.

There are risks attached to Toronto given his fall from grace since he has raced in Britain but he'll come good at some point and is once again attractively priced relative to the opposition he's taking on. That price has come about following a no-show at Newbury but he reared as the gates were opening there and missed the kick by a distance. He had no chance after that and I'd prefer to judge him on his fourth at Chester the time before, when not getting a great run at things. Pat Cosgrave took the ride on that occasion and he's back up now, which could help, and they're worth taking a chance on to return to form.

Prince Alex could do with some rain ideally but gained the first of his five 2020 handicap wins on a fast surface and will hopefully be fine. He's 0-2 this term but needed the spin at Salisbury and only went down by a head to a subsequent winner who had the run of the race at Goodwood. Only going up a few pounds for that effort is a positive and if connections want to take up their engagement in the Ebor next month, he's going to have to win again. I think he can mix it with all of these and he's a couple of points on the generous side at 15/2. A few showers to take the sting out of the ground and his claims increase further.

Bickerstaffe has the talent to be a contender in big handicaps and whilst only seventh at York last time, it was a run of promise as he wasn't drawn to best effect and actually did show more than all of the others who raced closer to the nearside rail. He had similar track position excuses at Newmarket the time before and hopefully none of that will be an issue today! Returning to a softer surface won't be a problem and this is a drop back into a Class 3. The only time he tackled this level was at Pontefract, a race in which he defeated yesterday's big fancy, Popmaster. Off 2lbs higher, there's a chance that we'll see him repeat the trick.

It's pretty safe to say that Additional is all or nothing with regard to his performances. He looked very promising on his first two career runs last year, going well for a long way on debut behind Mister Snowden before bolting up at odds-on in a Lingfield novice. Since then, two good performances and four bad ones have been on show but he went too quick on soft ground when dropped to this trip for the first time in May and I'd be inclined to forgive that. Previously he had shaped with a lot of encouragement and more balanced fractions being set could see him step forward. He has been gelded, too, which may help.

Son And Sannie has been hinting that he's not a million miles away from hitting a proper level of form again and showed some of the most extraordinary early pace that I've ever seen when running in the Epsom Dash last month. He went way too quick to get home there but traded around 5/4 in the run and also went low enough (9/4) at Ayr last time. That came on a faster surface, which despite his raw pace is not ideal and he'll appreciate the ease underfoot here. First time cheekpieces could be a source of improvement and his running style is well suited to this C&D. He has the ability to threaten all of these.