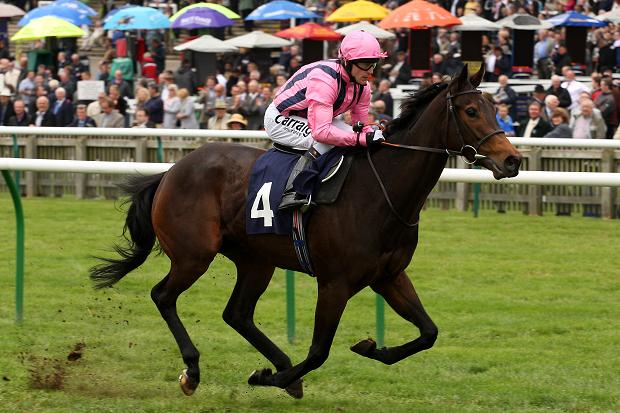 We got a Derby day winner courtesy of Parent's Prayer and it was a super performance. I had a feeling she was better than last year after that run over 7f last time and she confirmed that, controlling things from the front before kicking clear to win easily. Hopefully an even bigger race could come her way before too long and it helps that she's a simple ride. The only negative was a 25p Rule 4 on the 7/1 price!

Son And Sannie has always been on my list of super fast horses who might come up trumps in an Epsom or Goodwood handicap over 5f and, if anything, he looked like one of the fastest horses I've ever seen. He flew into the lead ahead of some rapid types and actually traded at 5/4 a few hundred yards out, but had gone way too quick to sustain the gallop. A fascinating effort to watch but it wasn't a 4f race!

Home Before Dusk will hopefully drift out with more firms in the morning and should have a good chance of threatening these. He's more known for his All-Weather exploits and is 0-17 on turf, but a split mark helps his case and I think he has been shaping well this season. The way he travelled at Redcar last time was encouraging and the race wasn't run to suit him, whereas this one has more pace and should pan out nicely. His yard are in fine order and all going to plan, he'll be in the mix late on.

There's no doubting he's getting long in the tooth but Firmament looks overpriced back in a 0-90. He couldn't show his true worth in a better race last time but seemed to do too much early doors and didn't get home over the mile. 7f in a strongly run race should be ideal and he had previously shown some promise at Haydock on his seasonal return. Off a mark of 90, he's 3lbs lower than his C&D win last July and on what should be fast ground, we might see him bounce back. 10/1+ is fair enough.

Bollin Joan has hinted that she mightn't be a million miles off peak form again and this seems to be the perfect race for her to thrive. She has moved really nicely on both of her recent starts and although she has weakened away when the taps were turned on, it's not impossible that she has needed a few runs to get fully fit. Back on a quicker surface, she might find it easier to turn that cruising speed into a stronger finishing effort and her rider knows her very well, which can't be said for many of the others. I like her claims.