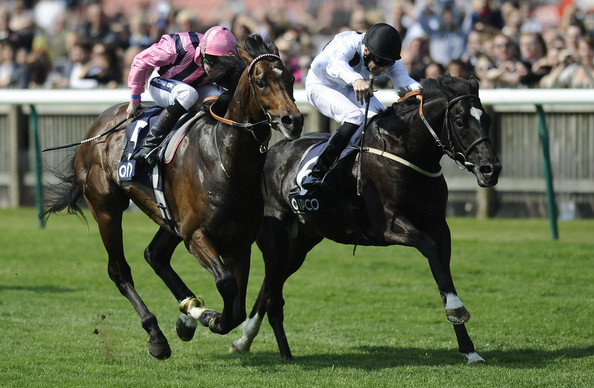 I have been battered black and blue! A 23.50 point loss recorded, with a few seconds and a couple of other places being as good as it got. Reach For The Moon was one of the seconds and he ran a belting race, sadly bumping into a smart prospect. I'm very interested to see how he'll progress and he handles cut well.

Legion Of Honour was nibbled at big prices and ran well, he just lacked the tactical pace needed to travel along more comfortably. He stuck to the task and gave it his best shot but hung to his right and may prefer a sounder surface. Getting him up to pattern class isn't an impossible task and he's still a nice prospect.

Of course the day Ilaraab finally loses his winning streak would be the day I'd back him! In fairness to the horse, things didn't pan out for him with the muddling gallop making a tough task even tougher and hopefully he can get onto an upward curve again soon. Despite this performance, he can win Group races.

Indigo Balance was ridden with patience in the hope that he would return to form but I punted him assuming that they'd be using his pace and trusting his stamina. It didn't work out and maybe he's not on good terms with himself for some reason. A 3-year-old won the race off 112, which is just madness!

Last up came Seasett and he was terrible. I thought he'd relish the extra distance but he was on and off the bridle, never looking to be moving the way I hoped he would over the longer trip. He weakened away but is a nice horse with the scope to do better and could leave this behind sometime. Maybe!

That hurt the pocket and head! Was looking forward to smashing in a few nice ones and it never happened. Not the first time, won't be the last, but it doesn't get any less annoying. Anyway, swiftly moving on...

Back at this venue, it could be worth gambling with Spanish Angel to return to form. He ran an encouraging race over 6f here on his first start for Ruth Carr in April and arguably could have won with more luck in-running. His form since is the problem but I thought he hinted at more being possible in a Class 4 at Doncaster last time (bit keen, stuck on the wing, weakened after doing too much mid-race). Dropping to 5f is an interesting move and with James Sullivan back in the saddle, this could be a suitable assignment for him.

Count D'orsay is not a horse I ever envisaged backing to win a handicap off a triple-figured rating but here we are! It's more a scenario based fancy as the chances are that they're going to go a million miles an hour up top with Caspian Prince, Sunday Sovereign, Ornate, Desert Safari etc. all in the mix for the front positions. The first wave will surely be slowing late on and if the selection can finish the way he often does on turf, it could be in time to poke his head in-front. If tapeta isn't a problem (hard to know), he can win this.

Sir Benedict hasn't managed to kick on this term but shaped well on a couple of occasions, including here, and had excuses at Musselburgh last time when stepped up to 7f. I think this is likely to be his trip based on a number of different performances but he's going to need them to go hard up top and that looks to be a likely scenario this time. His draw is fine, any rain isn't a problem and although he will be a hostage to fortune on a speedy track, if the splits come he should get involved. 8/1 or bigger is a fair price.