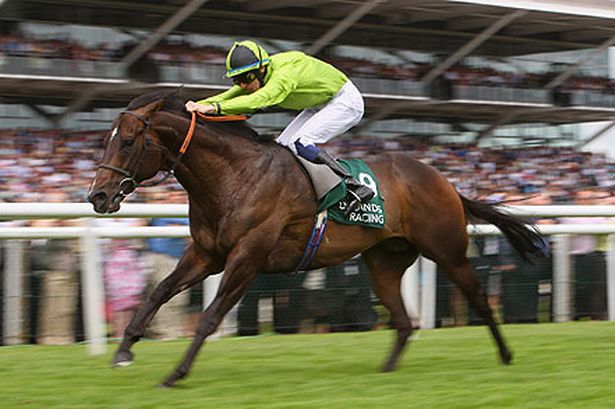 May ended with a whimper, a miserable whimper. Sadly, them's the joys of punting at Haydock sometimes as despite having some nice winners there over the years, I've also had some horrific losing runs at the track. None of the three bets managed to raise a gallop, Labeebb at least tried his best but looks like he's screaming for a longer trip. Musicality was terrible, Tipperary Tiger was as bad, and Toronto performed better at Chester but lacked a gear when he needed it and didn't get the clearest run.

Irish Admiral should be winning this as he looks to be a very useful prospect but Epsom can get the better of many a talented horse and his involvement is making some of the others look overpriced. Plantadream has a lot to prove after a below-par return to action at Newbury but it's possible he needed the outing there following five months off the track and we might see him step forward here. He's a huge price on some of his peak efforts from last year and although his sole run here was poor, that was a hot race over 1m 2f, a trip he's not best suited to. Any rain is welcome and the handicapper is giving him a chance, so I'll risk it despite the possibility that he might just be in terrible form! Hopefully he's not...

Strait Of Hormuz is stuck between needing a proper mile or mile-and-a-quarter pace to sit off whilst also wanting a mile-and-a-half trip to excel! I'm convinced he'll do better over further when he gets a true, tough test but for now, what's on offer today could be ideal. He lined up in a hot race won by the winning machine Ilaraab at York and wasn't disgraced in finishing mid-division. This looks easier, it's likely he'll be enjoying the way it's run and I'm sure 92 isn't the ceiling of his ability. His run style means that luck is definitely required at this venue but I'm happy enough to take a punt at 13/2 or bigger.

David Barron should get a nice handicap out of On A Session and hopefully it might be this one. The 5-year-old was strong in the betting for the Victoria Cup at Ascot four weeks ago but didn't run his race there and mightn't be too keen on that track. Getting back around a bend should be in his favour and I think he is interesting kept to this 7f trip. He stays a mile no problem but the more consistent gallop he's going to encounter can help and my only real worry is the draw, as a lower down gate would be optimal for him to get a position. Anyway, he's still a double-figured price and that's worth having a point on.