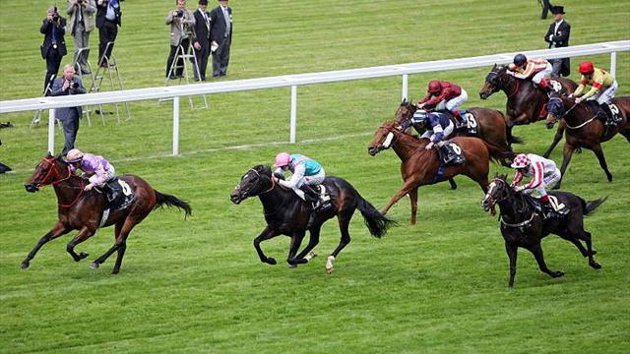 The first two point bet of the season was on Jawwaal and frustratingly went astray! I hate blaming jockeys as they have such a tough job even when things go right but this fellow needs his energy conserved and why he was gunned from the 2f pole is beyond me, and that's without mentioning the lack of hunting some cover for him! He threatened to get into the lead and traded even money in-running, but was running on fumes in the closing stages and lost a number of positions. It was an outing that indicates he's nearing top form, however, and I'm fully convinced that his turn is close... when covered up and ridden to challenge late!

What's The Story was an unlucky loser. No matter where Kevin Stott went in the closing stages, he met trouble and once they finally got some sort of room to play with, the horse hit the line hard. Given where Kynren made his challenge from, I am certain it would have been close between the pair for the victory. It's an awful pity as everything was panning out perfectly, bar being a bit keen early on, but no clear run equals no party. I doubt there'll be many similarly winnable chances for him off this mark given the races he has to compete in so I'll probably leave him alone until he comes back down the ratings.

Two bets up for now, might return with another one or two before midday-ish. Will tweet if so.

I don't play in many juvenile races until Royal Ascot but Instinction could be worth a punt in the opener. She showed loads of ability on debut at Redcar, missing the kick and over-racing early doors, but made smooth progress to lead and held on nicely from the rallying runner-up. That form has received some boosts since and whilst it's not on the level of a few of these, the visual impression was quite taking. She will have learned a lot for the experience and could be just the type to thrive against a higher quality field to tow her into proceedings. Any double-figured price is a play for me and I think she'll be winning a few more races.

Red Poppy looks a big price to win this. The filly flopped when fancied at Doncaster a few weeks ago but didn't seem to be happy on the fast ground and forgiving that isn't a bad idea! Beforehand, she was an eyecatcher when seventh of 18 in a solid handicap at the Lincoln meeting and would have been a lot closer if it wasn't for plenty of mid-race misery. She ran on promisingly despite all the trouble and I feel she's very interesting for these bigger field 7f handicaps, a trip she's completely unexposed over. A first-time visor is an unknown but if it sparks the right response, she can get heavily involved against this lot.