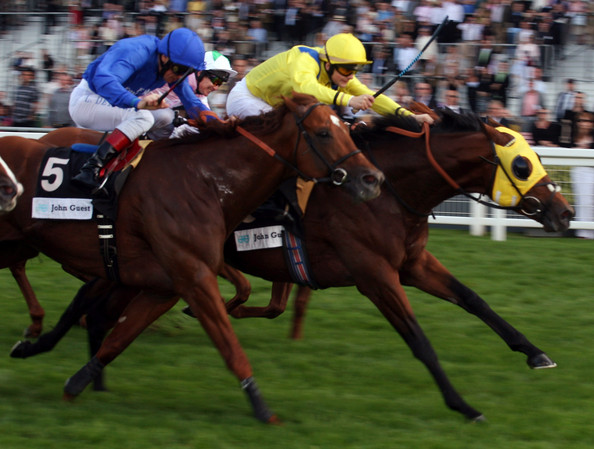 I thought Instinctive ran a cracker in the Marygate and she was only beaten a couple of lengths despite racing with the smaller ground for much of the way. That definitely didn't help matters and she had to switch away from them as they couldn't tow her along for a proper length of time. Had she been with the main pack and covered up, I'm sure she would have been even closer and think there's plenty of promise for wherever she heads next. Royal Ascot could be on the agenda and she's one to bear in mind going forward.

Red Poppy had an impossible task as Boardman - who I didn't think would appreciate the drying ground - wasn't going to be beaten by anything that couldn't grow wings. She ran a fine race in the first-time visor, moving all right for a long way and threatening to make a play for the places before drifting off to the far rail. Easier assignments will await and I'll keep her in the tracker for another run or two as there is ability there. Take the easy winner out of this and she was only a couple of lengths off the runner-up.

York did what York so often does; giveth hope and then take it away. Onwards we go...

Good Luck Fox can compete in weaker grades than this but he still should have a big chance of winning. I don't think the turning track over an extended 5f at Wetherby played totally to his strengths last time and challenging closer to the rail mightn't have been the place to be, for all that he did shape well in defeat. He ran a cracker from a poor draw at Musselburgh the time before and after three runs this year, he should be coming to his peak. Softer ground isn't a problem based on his earlier form and he must go well.

Club Wexford is understandably regressing now aged 10 but he's down to a mark of 72 and should start to get a lot more competitive soon, hopefully today. He definitely shaped as if returning to some form at Wetherby last time out, moving sweetly for some time before flattening out over 7f, a trip short of his best. Returned to a mile, he'll be happier and softer ground isn't a problem. He might be vulnerable to some younger legs but any price over 20/1 is worth having a small go at and I've got a feeling he'll run big.