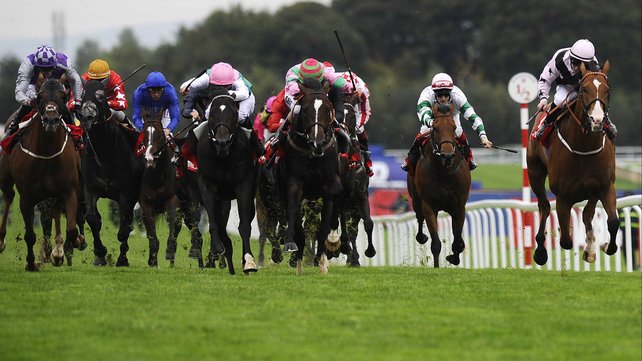 Primo's Comet drifted like a barge, going off at 14/1 in the end, but thankfully that didn't matter as he won a shade cosily under James Sullivan. I had a feeling the rider would suit this fellow down to the ground and he got a great tune to coax him into the lead, and an even better tune to keep him there. The race panned out perfectly and it's nice to end April with a good winner after an annoying amount of seconds!

Of course, the other two selections finished... second. Finally Mine gave it a good go from the front again and moved well but bumped into one. She'll be winning before too long I'd say. Bimble got a rubbish ride from Ryan Moore who was presented with a soft lead and decided not to accept. It was a bad tactical call and helped to get her beat. If he got to ride that again, he'd do it differently I'd imagine... and hope.

Now it's time for Thirsk Hunt Cup day. One of the greatest handicaps in the world.

The Gill Brothers has the profile of an All-Weather only performer but it's not impossible that some day he'll get his act together on turf and in fairness, he has only had three goes. Last time out, he found it all happening a bit quick at Newbury but it was a hot contest and a few other talented types failed to land a blow. This is a good race too, although I think there's holes in most of them and wouldn't be shocked if something left of the field troubles the judge. God knows if it'll be this lad but he's worth a point.

I'm going to chance City Wanderer once again. He flopped in fine style at Pontefract last time but based on how he hung and weakened away, something must have been up. Maybe the ground was too quick, meaning any of the promised showers would be most welcomed, or maybe it was just one of those days. He's down another 2lbs in the weights anyway and ran well over C&D off a much higher mark on his sole course outing last June. He's a longshot for a reason, and the stable's second string, but he is 33/1...

Hartswood lacks a recent run which could see him be a step short to compete with a few of these but if he is ready to rock, he may be hard to beat. His form in July & August of last term reads well, three cracking efforts on decent ground at York before the weather turned and he flopped on heavy and only ran just all right on soft. He's reported to have matured a lot over the winter and off a mark of 95, there's potential to do better. The track will suit and any double-figured price is a play in my book. Betfair vibes suggest he may drift more.

Any number of these are interesting, obviously, but Poetic Flare heads up to a mile for the first time and being by Dawn Approach out of a Rock Of Gibraltar mare, he should be wanting it. His career thus far has been almost perfect with a trio of wins from four starts and it's easy not to take his Dewhurst defeat too seriously. He won a Group 3 a week after that and recently returned with a good win at Leopardstown. That will have him spot-on for this and whilst his ceiling is unknown, I think he can mix it with the best of these.