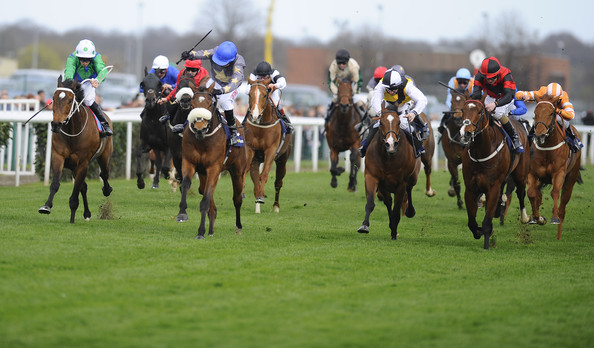 Saturday was fantastic thanks to two winners, 7/1 and 13/2, and any each-way punters who shopped around got 16/1, 14/1 & 12/1 places to go with them. Baashir was the first winner and although he nearly got beaten, I think he's much the best horse in the race, he's just quirky so find it hard to show his true dominance! I'd like to see him over 6f in a big field, he certainly moves like it could suit.

First Folio also got back on track with a comfortable win in a hot handicap. The way he cruised along was so impressive and when asked to pick up the leaders, it didn't take him too long. He clearly benefitted a lot from the experience at Newmarket and could end up making an impression in pattern classed events. He seems to have all the tools and handles fast ground extremely well. Hopefully he'll go forward again.

Of the others, Abate ran a cracker to be head-bobbed into third. The winner bolted up and wasn't going to be beaten regardless, but this signaled a return towards his best. Brian The Snail gave it a good go under a smart ride, whilst Global Spirit got on track with a solid effort. All three can win sometime soon, Abate being the most likely to find something in the not too distant future.

Barring issue, Palace Pier should be winning this and I've got little interest in the market with him involved. However, take him out of the equation and you have a wide-open contest in which most can have claims made for them. Sir Busker at anything above 7/1 appeals to me and he's going to be ridden to finish with a flourish, rather than challenge the favourite early and possibly burn out. He loves the track, won the Hunt Cup consolation at this meeting last year and looked set for a good season when returning here in April. His run since wasn't hectic but I'm happy to ignore it and he should be tuned to the minute for this.

Golden War is bred to be doing better when he meets a longer trip but I think he's super interesting despite being at such an early stage of his career. He shaped with major promise on his sole run to date, finishing second at Goodwood under a considerate ride from Jamie Spencer and the winner of that looks to be a similarly smart prospect. He's going to have learned a lot for the experience and an excess of stamina could come in handy! The family tend to thrive on quicker ground as well, which means conditions may be a lot more suitable than the soft surface encountered last time. He'll be hunted early and hopefully fly late!

Battaash is a class act but there are reasons to suggest he mightn't be at his very best here. The track isn't completely ideal, for all that he won the race last year, and he's running for the first time since an injury. It may be worth chancing Keep Busy to outperform her odds. She was progressive last year and finished second in a Group 1 in Ireland, whilst wasn't beaten far in the Abbaye despite finding it all happening a bit quickly. This test in a race where they will go a serious end-to-end gallop could bring out the best in her and I expect a major step forward from her comeback run at Haydock. At 25/1+, she'll do.

Chindit did me a favour earlier in the season when landing the Greenham and the only reason I left him alone in the Guineas was down to the track, as I wasn't 100% sure it was likely to suit. As things turned out, he ran a cracking race to come home in fifth and the bigger problem may have been where he raced, as the main action unfolded away from him. I still feel the nature of Newmarket didn't favour him and would be hugely positive about how he performed. A round mile should be fine, he has won at Ascot and wants quick ground, so no problems there. If he shows the ability I think he has, he can go close to troubling the best of these.

I backed Father Of Jazz when he was last seen a few months ago at Doncaster but that went terribly wrong as he acted up pre-race and did next to nothing in the main event itself. Dropping to a mile didn't go as I felt it might either and he should appreciate stepping back up to 1m 2f. Given that his major improvement came on the All-Weather, it'll be particularly interesting to see how he fares at Ascot given how often AW types thrive on the surface here. He could find quick ground to be on the lively side but given the price on offer, it's worth the risk. He's a super smooth-moving sort and there's a lot more in the locker than we've got to see.