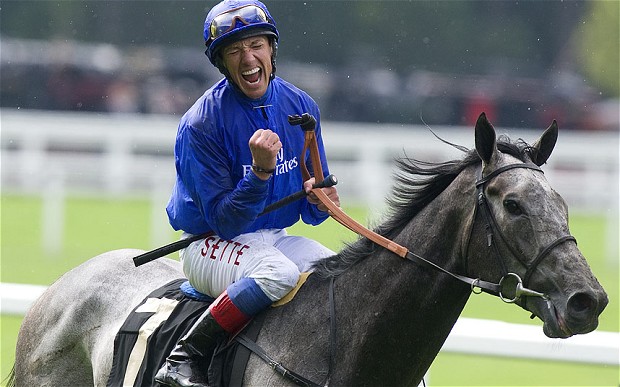 I'm edging towards admitting Royal Ascot defeat! You can spend hours and hours on the races, yet get everything so wrong. It's great fun! Akmaam was useless and I don't think it's a lack of ability, more so he has figured out how to avoid going through the pain barrier. He looks to have no interest in racing.

Siskany ran a cracking race and I felt he got a poor ride from Buick, who gave up getting a proper racing position in order to try settle him down and couldn't even do that properly. How they were still in there pitching for so long, I don't know, and he's clearly a talented horse with more to come sometime soon.

Neither of the Buckingham Palace pair, Dance Fever and Persuasion, ran to expectations. I'd be inclined to forgive the first mentioned as maybe he has had an interrupted prep, but the latter should have done a lot better on his Haydock performance. Overall, a race to forget on a day that won't stick in my head for long!

It's tough to know whether Hellomydarlin is good enough to mix it at this level but given the price on offer, I'm happy to risk it. She only made her debut last week at Goodwood but showed loads of ability to see off some similarly interesting prospects and impressed with how she went about business. There's reason to upgrade her form due to racing away from the favoured rail, which the second and third were closer to, and progress from having had that experience should be on show. Hopefully she'll prove up to threatening these.

Sacred has thrown me on a number of occasions as early doors I thought she was an out-and-out 5f type, then she won the Nell Gwyn on this season's return over 7f and wasn't disgraced in the Guineas (although definitely didn't get the mile!). Now, she's back to 6f and this could be where she thrives so long as the ground doesn't end up getting too soft. She has a super high cruising speed, will appreciate a properly hard gallop and is drawn in the second highest stall which could help matters. 16/1+ is fair.

I'm hoping that Prado will drift out to the above prices with more firms in the morning as she's an interesting contender off 93. A win on debut last July was followed up with a distant second to the useful Isabella Giles over 7f at Goodwood (soft) and a couple of keeping-on-but-well-beaten defeats over a mile. However, this will be her first foray into handicap company and the manner in which she can hit the line suggests sitting back off a rapid gallop could suit. Jamie Spencer could be the optimal pilot and I think they'll go well.

Mirann has a more exposed looking profile than some of these, which may explain why he's not shorter in the betting, but I wouldn't be shocked if he was to defy 102 here. That's 6lbs higher than his last run in Ireland but it was a cracking effort over 1m 2f at the Curragh and with any semblance of luck in-running, he would have won. Stepping up to a mile-and-a-half will suit, he'll enjoy being hunted around off the pace and if the gaps come at the right time, he should be running on strongly. Hopefully strongly enough to win!

Ed Walker's string are in good order and Popmaster could hopefully top that off with a Royal Ascot win. He has been on my radar for a while as a likely contender in a good handicap and is unfortunate not to have added to his two juvenile wins this season. All three defeats have come by narrow margins, with the odd quirk or two thrown in for good measure, but he has displayed loads of ability. I like the angle of dropping back to 5f in a contest like this and if the ground is not an issue for him, he'll be in there pitching late on.