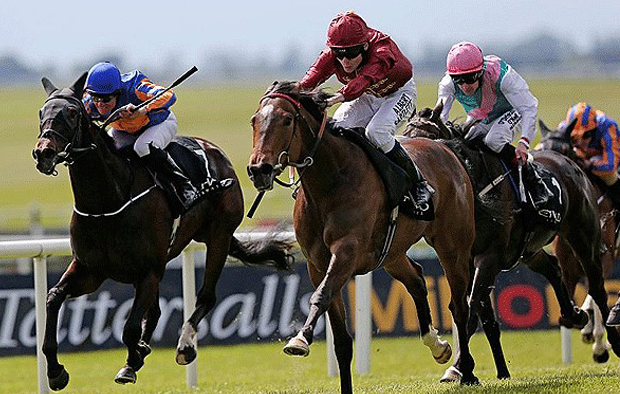 No joy on day four and it's not just the ground that's tough going. Hellomydarlin got a stupid, stupid ride from Daniel Tudhope and never had a chance of getting involved. Backing losers is something I'm used to, so having another doesn't bother me, but horrific decision making is frustrating to take.

Prado was too far back to land any sort of blow in the Sandringham, although with Spencer being on board I knew the tactics they'd employ so that's fair enough! It was impossible to make up the ground but she hit the line strong enough and could be worth chancing over 1m 2f on better ground.

I thought Ben Coen got it wrong on Mirann also as they travelled so well and seemed to be major players, until the others scooted clear as the rider remained motionless. On second viewings, the gaps didn't open when he needed them and was more to do with bad luck. He's a nice horse who can do better.

Popstar did not appreciate the testing ground but still ran a race of promise and I'm convinced there's a good handicap in him before long. He has all the tools and seems to be highly rated by Ed Walker. There'll be lots of races for him but maybe something like the Portland could be on the long-term agenda.

Apologies to any of the first time followers this week. I've been rubbish but them's the breaks in this game sadly and a downswing of some sort was due after the recent good form. It'll trend upwards again soon! Hopefully sooner than later as backing also ran after also ran would do your head in.

Reach For The Moon has form to turn around with New Science from the pair's debut at Yarmouth a few weeks ago but he was one of the greener runners in that race and could step forward hugely for the experience. I thought he shaped really well without being knocked about and it'll be interesting to see how he gets on here on the softer ground. It's pure guesswork whether it'll suit but some hints in his breeding suggests it might and I'm happy to take a punt at the price. He's in the right hands to keep progressing.

This may lead to me looking like an idiot again (as per) but Legion Of Honour is a very big price for a horse with plenty of untapped potential. He couldn't hack it in the Guineas and didn't seem to be in love with the Newmarket track, but previously had some good form including a second to Dante runner-up Megallan when conceding race-fitness to a stronger stayer at a mile. Back to 7f, he has a lot more to offer the game and if the ground isn't an issue, I'm certain he can do better than the odds are suggesting.

Ilaraab is such an admirably tough horse and the way he has progressed through handicaps since debuting just over a year ago is phenomenal. After winning five of his six starts in 2020, he returned in a good race at York and bolted up off 102 despite coming under pressure a fair way out. The runner-up has since franked the form with a fine second to Quickthorn and hopefully Ilaraab will prove that he, too, can do even better. Deep ground won't be a problem and although this is a tough assignment, I think he's up to it.

Another big priced play here with Indigo Balance, who definitely needs to bounce back to proper form after a couple of lesser efforts. However, they were in pattern class events, the first a Listed race at Naas (5f) where he never seemed happy and then in a Curragh Group 2. He actually shaped well for some time in that, trading 3/1 in the run, but paid the price in weakening away late on. Back in handicap company, he still has to find major improvement but it might be easier to get into a rhythm and I like where he's drawn in 24.

Seasett has improved a lot since sent handicapping, bolting up at Nottingham on testing ground before running a cracker to finish second behind a useful prospect in Raadobarg. The visual impression in each of those outings was that he's crying out for a longer trip than a mile and now he's getting a stiff 1m 2f, which could yield another burst of progression. It's needed in order to defy another 7lb rise but he's in here off bottom weight, will love the ground and I think he has as much scope off his mark as anything else does.