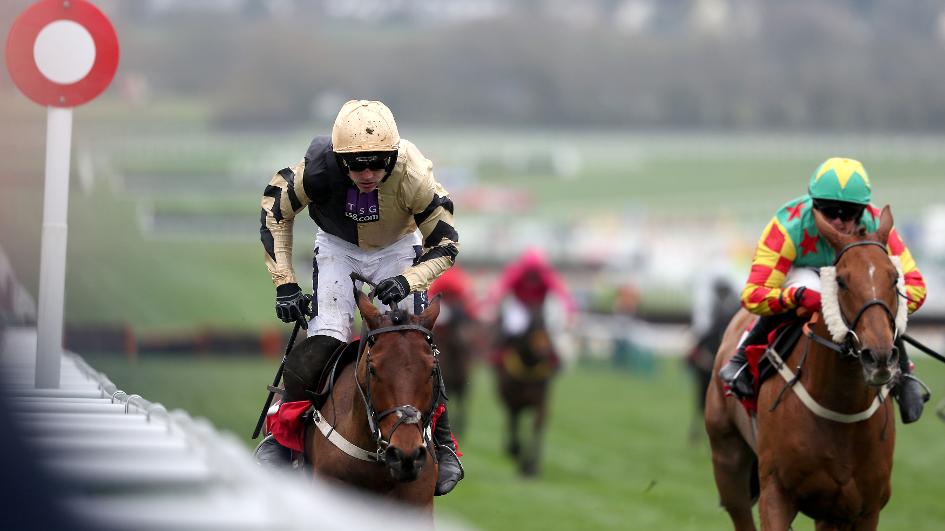 Jessica Harrington knocked in a trio of winners at last year's festival and Supasundae is the shortest price of her entries this time around, heading the Stayers' Hurdle market at a best-priced 9/2. The son of Galileo has already shown a liking for Cheltenham, landing the Coral Cup twelve months ago before finishing runner-up to Yanworth over three-miles (first attempt) in the Grade 1 Liverpool Hurdle on his final start of last season. He has maintained that level of form this year, improving for a comeback run at Fairyhouse to push Apple's Jade close in the Leopardstown Christmas Hurdle and for some time it looked like he would hold outstay Gordon Elliott's mare, only to be nabbed near the line after trading as low as 1/25 in-running.

The subsequent defeat of Faugheen in the Irish Champion Hurdle was an exceptional effort in more ways than one and marked him down as one of the most versatile hurdlers in training. However, the runner-up clearly isn't the horse he used to be and the form is somewhat irrelevant in the context of a Stayers' Hurdle, for all that it proves Harrington's charge to be in rude health. If they go a proper clip from the word go, he has the speed and jumping prowess to stay within his comfort zone for longer than most, but that defeat to Apple's Jade worries me when it comes to his stamina for three-miles. She's an exceptional mare and Supasundae was conceding 7lbs, which was never going to be an easy task, but there's just enough in place to suggest the price isn't worth bothering with. I can see him getting chinned on the line again!

Sam Spinner is the horse who seems to have captured the imagination of most racing fans, being from a smaller stable and costing his current connections next to nothing in the grand scheme of things (£12k!). They have turned down some fancy offers for the 6-year-old ever since he made all of the running to win the Grade 1 Long Walk Hurdle at Ascot in December and that was an even more eye-catching performance when you take into account that he only won a handicap off 139 on his previous start; albeit that was a big-field, competitive Haydock contest in which he bolted up by 17-lengths. It marks him down as a major improver and who's to say there's not more to emerge from the locker yet.

My main worry would be his lack of any Cheltenham experience. Some analysts have used the argument that he has won at Catterick as evidence that he could act here but it's going to be a completely different ballgame tackling animals who aren't glorified trees in the context of a proper Grade 1. It doesn't really wash with me and I think the opposition will be out to ensure that he won't be cruising along at the head of affairs for as long as he proved capable of doing at Ascot last time. It's also going to be nearly three months since that outing and quite whether he will have the same sharpness could be up for debate, for all that I'm clutching at straws a bit! Anyway, it's a price thing for me and 5/1 doesn't do the trick.

Last year's ultimately disappointing Champion Hurdle favourite, Yanworth, is an interesting addition to the race as he now switches back to tackle hurdles after all four of this season's runs came over fences. He hasn't exactly looked a natural there, even falling in one of his spins at Exeter, and it's no surprise that connections have changed tack to go for more top-level glory rather than running in a handicap chase. Indeed, this was the race he should have run in last year (even though I convinced myself he could win the Champion Hurdle; no more about that) and his following one-length defeat of Supasundae at Aintree (three-miles) shows the he is entitled to be deemed a major contender at his fourth Cheltenham Festival.

I suppose it doesn't take a rocket scientist to figure out possible issues this time around, however, as he hasn't jumped a hurdle on a racecourse for nearly a year and after giving plenty of air to any number of fences this season, it's going to be interesting to see how he deals with smaller obstacles again. It probably won't be a huge issue and if he was a 10/1 poke you might say "yeah, I'll give it a shot" but he's half that and three-miles around here is going to be much more stamina sapping than what he faced at Aintree, his sole start at the trip. I've had a strange liking for the horse for the longest time and don't think he has been campaigned at all well by connections, but even though he has finally ended up where he belongs, it's not in the best circumstances and a watching brief is all I shall take given the current quotes on offer.

Penhill is the final runner at single figures and there has been talk on the preview circuit that he could be punted on the day by owner Tony Bloom, a man who is prone to smashing up a market or two! The evidence for this horse's claims are there for all to see as he won the Albert Bartlett last year and did so in the style of one with further scope to improve at the trip (only his second start over it having been campaigned at two-miles), although subsequently couldn't back that performance up at Punchestown when giving the well-ridden Champagne Classic a costly first run. We haven't got to see Penhill on the track since and whilst untapped potential remains, it's a hell of an ask to win this first time out after nearly a year away. A good run here and he'll be on many a radar for Punchestown, but he's not on mine for next week's race.

The beaten favourite in the 2017 renewal of this race was Unowhatimeanharry and he has got work to do with Sam Spinner having finished eleven-lengths behind that rival in the Long Walk. It wasn't a terrible run by any means and he is a solid 160-ish performer (who has been overrated for the longest time!), but simply doesn't look like the same horse this season. Why that is the case isn't easy to be definite about but after joining Harry Fry as a near 8-year-old in 2015, he improved out of all recognition from a mark of 123 to 167 a year later and what goes up must come down! Age is probably playing a part too as he's now 10 and unless he has thrived in the few months since his last outing, it's hard to envisage anything more than a place coming his way, if even that. I'm very much against and will be super surprised if he wins.

L'Ami Serge is the sort of horse you look at and write off because, lets face it, he's a bit of a dog. When the taps are turned on, he can go from cruising to seemingly downing tools and many a punter, myself included, have been bitten. However, he has had wind issues in times gone by and it's possible that some of the blotting of his copybook could be as a result of those problems, so I'm more forgiving than most. The overall feel I get is that he's definitely overpriced at 12/1 to emerge with another Grade 1 success, with his best run this season coming when second to Sam Spinner at Ascot and if you stopped the race coming down to the final flight, the picture being painted was one of the Nicky Henderson trained gelding cantering all over the eventual winner, who got a mighty jump when it was most needed and wouldn't give in on the flat.

That form might be viewed as being a perfect example of L'Ami Serge's limitations, once that was also showing all that is good and bad when it comes to his attributes, but like many of these he is somewhat unexposed as a three-miler and I do have my theories about what is needed in order to see him thrive. His previous form at Cheltenham is good as well and he ran a huge race in the County Hurdle (two-miles and a furlong) off 152 last year when narrowly touched off by Arctic Fire, in which he was predictably never stronger than when they were motoring up the hill. Patient tactics will no doubt be deployed once again and I really do see him running huge here, at worst getting another place and trading low mid-race. The quirks are undeniable but so too is his talent and in this field he's no bigger than a 7's or 8's poke. Woof.